Khan (also known as Kan) Bonfils, a popular actor who appeared in a James Bond film and as a Jedi master in the Star Wars: Episode 1 has collapsed and died during a rehearsal for an upcoming theatre production the Metro reports.

Khan was rehearsing for Dante’s Inferno, which was due to open at The Rag Factory in east London this week when he collapsed yesterday.

Members of the Craft Theatre company and paramedics fought to save his life but he could not be resuscitated.

“An ambulance was called out but unfortunately he couldn’t be resuscitated.”

Hislop added that they hoped to still go ahead with the production – which was due to open at the East London venue The Rag Factory on Thursday – with another actor in Khan’s place.

The cause of death has yet to be ascertained, he added.

A statement from Craft Theatre said: “With great sadness, we announce the death of Kan Bonfils. His sudden loss is a tragedy and he will be sorely missed

Bonfils film credits include the original Jedimaster Saesee Tiin (Star Wars: The Phantom Menace, Attack of the Clones, 1999), Sky Captain and the World of Tomorrow (2004), Bodyarmor (2007) and Traveller (2013). 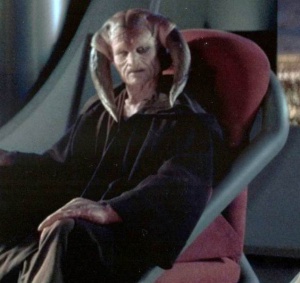