Beef is the culinary name for meat from bovines, especially cattle. Beef can be harvested from cows, bulls, heifers or steers.

The condition of abattoirs ought to be neat and hygienic if not it can pose health challenges to residents if not properly taken care of.

The conditions of abattoirs in the state have become worrisome over time. A correspondent visited the Kara cow market near Lagos State along Lagos-Ibadan express road and these pictures of the state of the abattoir will surprise you.

There are different kinds of pointers that announce arrival at the abattoir. One of such pointers is the beehive of human activities going on around. Also there are various groups of traders, cattle traders, foodstuff s, water merchants, labourers (men and women), intermediaries, butchers and others going in and out of the abattoir.

The smell from the abattoir, according to Mrs. Bolatito Aina, a resident at Okobaba Housing Estate, is as a result of the the blood and other wastes of the slaughtered cows being evacuated from the abattoir through these gutters that cause the smell. 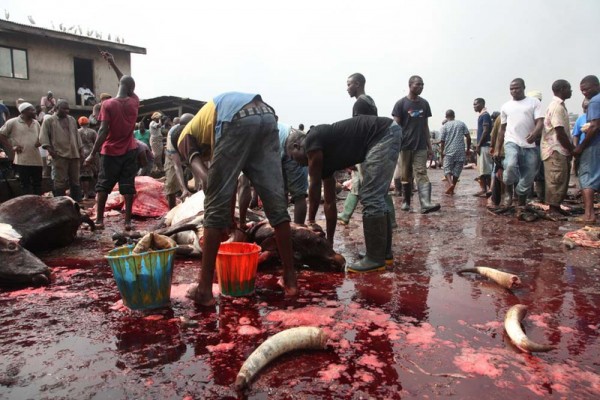 The other parts of cow that are eaten include the oxtail, liver, tongue, tripe from the reticulum or rumen, glands, the heart, the brain, the liver, the kidneys, and the tender testicles of the bull.

Beef is the third most widely consumed meat in the world, accounting for about 25% of meat production worldwide, after pork and poultry at 38% and 30% respectively. 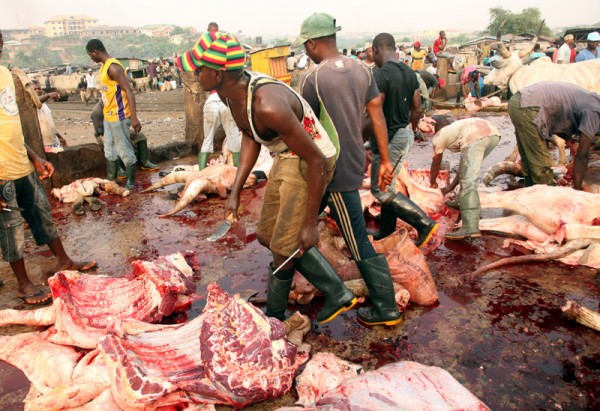 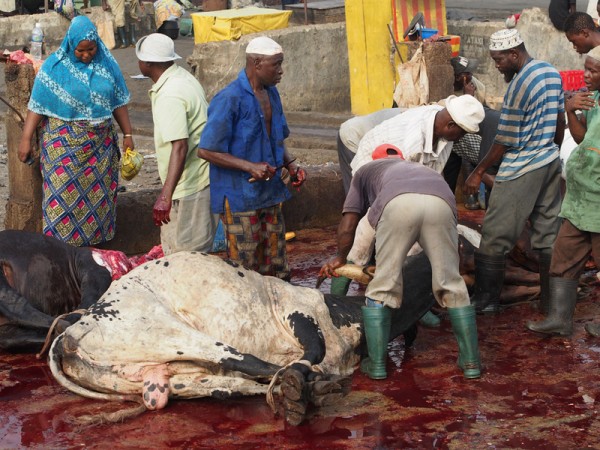 Beef production provides many contrasts and alternatives. Ranching, often with large sized herds, is common on range-land, savanna or other terrain that is suitable for grazing rather than for cultivation.

According to statistics the top producing countries of beef are United States, Brazil, China, Argentina and India.

One would actually expect that in a place where a common food is processed ought to be clean and neat but these pictures tell a different story.