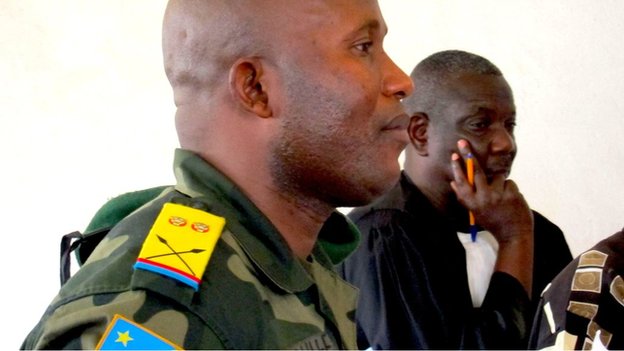 A woman who was gang-raped and burned in her house has told a military court in the Democratic Republic of Congo she saw an army colonel give the orders.

She is one of some 1,000 people who have named Lt Col Bedi Mobuli Engangela, who is on trial for war crimes and crimes against humanity.

He has denied all the charges.

The UN says the trial is a test case for the Congolese military, which has often failed to convict high-ranking officers accused of sexual violence.

The woman, whose name was not disclosed, insisted on showing her wounds to the judges. 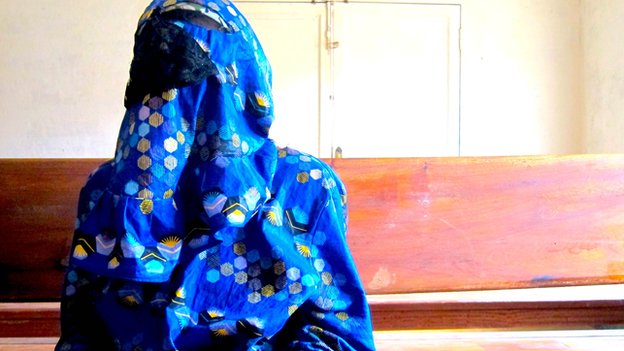 The judges flinched when they saw the woman’s injuries

But she did not want Col Engangela to see her, so she entered the courtroom wearing an outfit that covered her whole body, including her face. She sat in a box with a hole on one side.

Only the judges peered in as she removed her veil. They flinched.

She told the court in the town of Kalehe, South Kivu province, she was raped four times during an attack from Lt Col Engangela’s troops on her village.

The men then set her straw hut on fire with her and her son still inside, she said.

Col Egangela started his career in the army under former President Joseph Mobutu, before deserting to join a militia.

He was reintegrated into the army as part of a peace deal in 2005 and became commander of the 106 battalion in South Kivu, and is often known as Colonel 106.

But between 2005-2007, he is accused of deserting again, recruiting child soldiers and ordering attacks on several villages. He also allegedly collaborated with the Rwandan FDLR rebel group, based in DR Congo.

Sexual violence is a major problem in eastern DR Congo, where several armed groups still operate more than a decade after the official end of its conflict.

Both militias and the army have been accused but few senior officials have been convicted.

Two soldiers were convicted of rape earlier this year, both of them low-ranking.