‘Presiding officers have the discretion to admit unstamped ballots’ 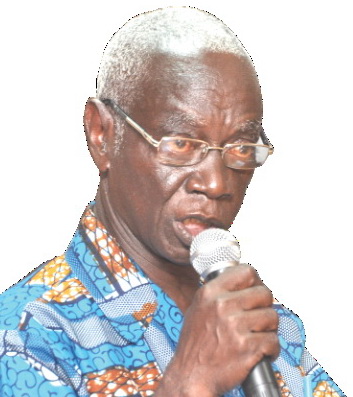 Dr Kwadwo Afari-GyanChairman of the Electoral Commission, Dr Kwadwo Afari-Gyan has told the Supreme Court that presiding officers had the discretion to admit unstamped ballots as part of valid votes cast during the 2012 general elections.

He told the court Wednesday that, “the presiding officer and those who are at the polling station may decide upon doing certain investigations that ballot (unstamped ballots) may be acceptable.”

Dr Afari-Gyan explained to the court that although he did not know of such occurrences, irregularities were bound to happen since “there are prescribed ways” of doing things, thus failure to follow the rules would result in irregularities.

Mr Addison drew the attention of Dr Afari-Gyan to instances where some ballot papers were not stamped with the official mark of the EC by the EC officials, and that such an action resulted in the disenfranchisement of some voters.

However, according to Dr Afari-Gyan, he was not aware of any such occurrence and that if during the count it was noticed that there was a ballot paper which did not bear the polling station stamp it might or could be rejected by the EC official.

“It may be rejected because the presiding officer and those who are at the polling station may decide upon doing certain investigations that ballot may be acceptable,” he told the court.

Upon further queries, Dr Afari-Gyan told the court that there was a general rule of thumb that “if a ballot paper is not stamped then the likelihood is that it may not have been acquired and cast in the proper way but if in the wisdom of the people who are conducting the election, the number of voters would correspond to the number of ballots in the ballot box and one is not stamped they could admit it as a valid ballot.”

“Do you have this in your rules that a presiding officer has the discretion when the ballot is not stamped?” Mr Addison asked.

“That is why I ask you that are you telling this court that a presiding officer has the discretion with respect to a ballot that is not stamped?”

“In a situation like this, yes my Lords,” Dr Afari-Gyan admitted to the court.

On further matters of irregularities on the face of the pink sheets, Dr Afari-Gyan told the court that a presiding officer could be induced not to sign a pink sheet for a desired purpose.

This e-mail address is being protected from spambots. You need JavaScript enabled to view it