Back in Blighty! Helen Mirren rocks back into the UK after Golden Globes in some grunge boots

She was a picture of grace at the Golden Globes, despite losing out on an award to Jessica Chastain.

But if Dame Helen Mirren was feeling down in dumps she certainly didn’t show it as she landed back in the UK in a beige coat, celebrity sunglasses and some rather funky boots.

The 67-year-old Hitchcock star couldn’t hide the her happiness at arriving back at Heathrow as she clutched what looked like cup of British tea and a cake.

She’s back! Dame Helen Mirren lands at Heathrow after attending the Golden Globes in LA

The 67-year-old looked a picture of youth as she left the airport in a wrap around kilt dress and opaque tights.

Her outfit was brightened up with a snazzy yellow travel bag.

It has been a busy few weeks for Helen stateside, she received a star on the
Hollywood Walk of Fame and just two days later she collected an International Star Award. 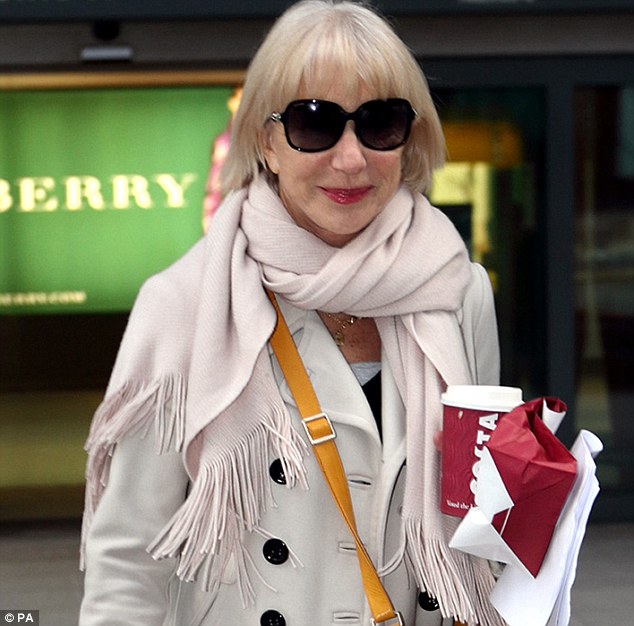 Pleased to be home: Helen has had a busy few weeks stateside, from the Golden Globes to collecting a star on the Hollywood Walk of Fame

Actress Jessica won the Golden Globe for best actress in a drama for her performance in Zero Dark Thirty.

The other nominees on Sunday night were Marion Cotillard (Rust And Bone), Dame Helen (Hitchcock), Naomi Watts (The Impossible) and Rachel Weisz (The Deep Blue Sea). 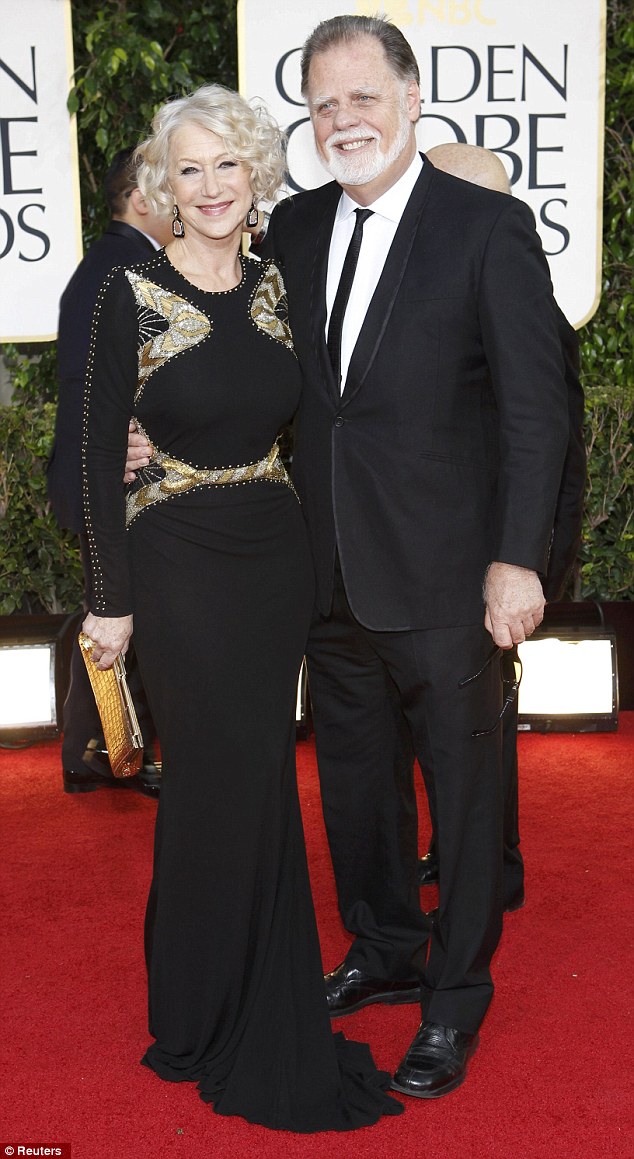 Chic: Actress Helen Mirren and director husband Taylor Hackford were in the states for a variety of award ceremonies

There was disappointment for Helen and fellow Briton Maggie Smith, who starred in Quartet, who both missed out on Oscar nods despite being tipped for nominations.

However, British-Australian Naomi Watts was nominated in the best actress category for her role in Impossible.