They have been watching the Big Brother house from the basement and before making a dramatic return upstairs Heidi Montag and husband Spencer Pratt decided to get revenge on two housemates.

The couple decided to put Claire Richards and Rylan Clark up for eviction after deeming them the ‘dullest’ housemates.

After Sam Robertson had been kicked out of the house the remaining housemates learned that Spencer and Heidi hadn’t left and it had all been part of a secret mission.

Payback time: Heidi Montag and Spencer Pratt made a dramatic return to the house by putting Claire Richards and Rylan Clark up for eviction

The couple were seen on a TV screen sitting in the diary room and Big Brother asked them to nominate the two housemates they thought were the worst reality TV stars.

Speidi had 30 seconds to give their answers but the pair said they knew exactly who they were going to pick.

Heidi said: ‘I chose Claire, I think she is the least interesting.’

Not impressed: The former X Factor contestant was flabbergasted to be nominated while Claire looked embarrassed 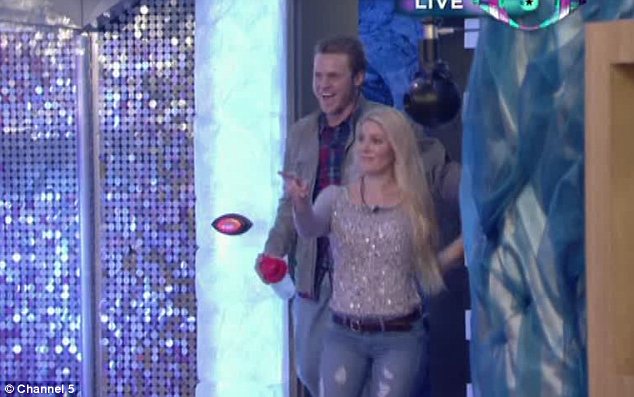 There’s no place like home: Speidi returned to the house and we ready to pick a fight

Spender added: ‘I chose Rylan because all he does is play up to his Big Brother character.’

The Steps singer and the former X Factor contestant were clearly shocked at learning they were now up for eviction.

The couple emerged through the diary room to greet the housemates and Heidi joked: ‘There’s no place like home.’

He’s not impressed: Rylan was seen grimacing as the couple returned 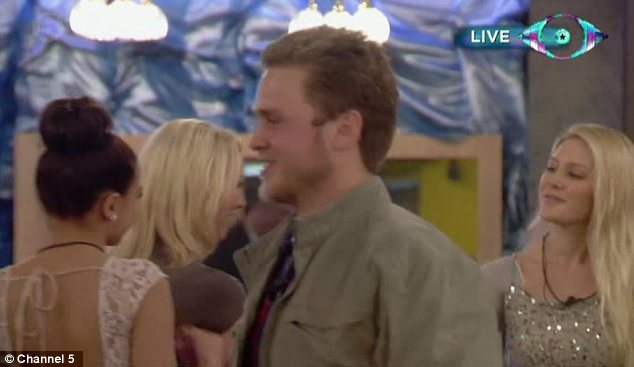 Showdown: Spencer and Heidi told the housemates they were fun to watch

She added: ‘You guys are really fun to watch.’

Rylan decided to confront the pair about their decision and asked: ‘You genuinely feel like I’m playing up to the cameras.’

‘You think I’m fake?’ Rylan was angry the couple said that he was playing up to the cameras

Heidi added: ‘We watched everything you said.’

Rylan began shouting and argued that no matter what he said about the couple he always labelled them ‘a lovely genuine couple’.

One Big Brother’s Little Brother viewers were shown that the row was continuing on well into the night.

Rylan was seen shouting at Spencer and Heidi saying: ‘Just don’t talk to me’.

He told them: ‘Just remember I live in the real world’.

Rylan said he was foaming at the mouth because he was so angry.

Heidi told him: ‘You are so obsessed with the house you are not even being real with it.’

She added: ‘Welcome to reality TV.’ 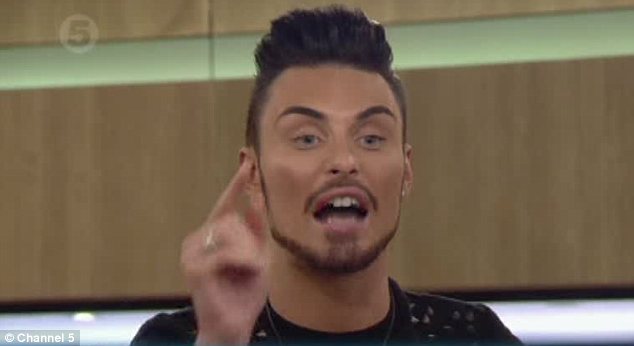 Losing his cool: Rylan was seen shouting and when the cameras turned off he broke down in tears

VIDEO  Speidi have their revenge with nominations…