No sooner had Tamara Ecclestone finally tracked down the perfect New Year’s Eve outfit, she was on a plane and heading back to Los Angeles.

The Formula One heiress spent the Christmas period in London with her family, but Yuletide is just a distant memory as she throws herself back in to work and photoshoots.

The pretty brunette was seen leaving a restaurant with her brand manager, Scott Harvey-Nicholls, on Thursday night.

Simply blue-tiful: Tamara Ecclestone stepped out in a cosy knitted dress for dinner in Beverley Hills

The business associates made the transatlantic crossing on Wednesday, with Scott teasing Tamara over Twitter that she would probably sleep for the entire eleven hour journey.

‘So tired this morning hopefully I ll sleep all the way to LA,’ she tweeted, to which Scott replied: ‘yes you probably will as usual lol.’ [sic]

Since arriving in the City of Angels, where Tamara also has a base, they have each been keeping their Twitter followers up to date with how jet lagged they are. 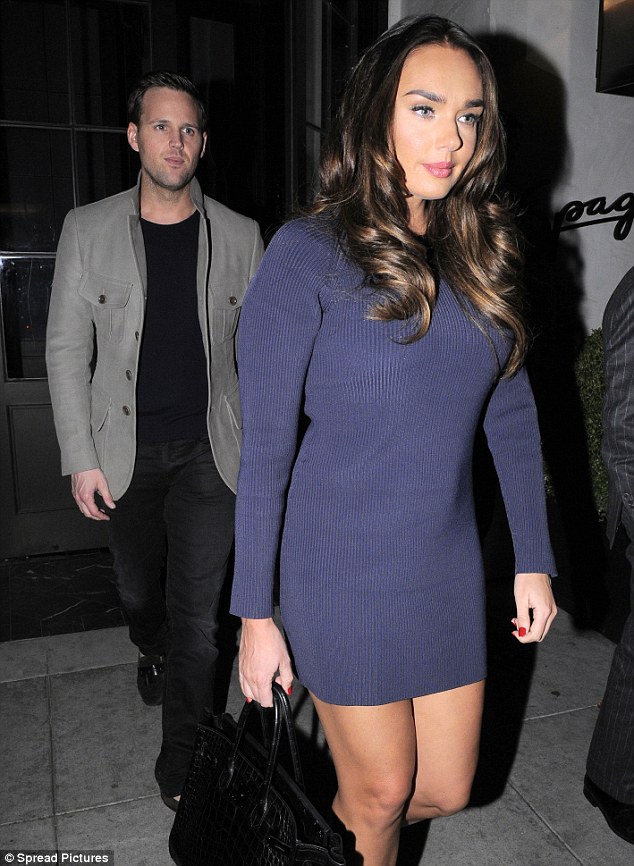 Dinner for two: Tamara was joined by her friend and brand manager, Scott Harvey-Nicholls

Stepping out: Tamara looked tanned and happy as she left the Beverley Hills restaurant

Perhaps that explains why the 29-year old looked slightly bleary eyed as she and Scott left trendy restaurant Spagos.

Earlier that day, Tamara tweeted how excited she was for her dinner plans.

‘Long but great day looking forward to dinner at Spago tonight and ready to do it all again tomorrow,’ she tweeted. 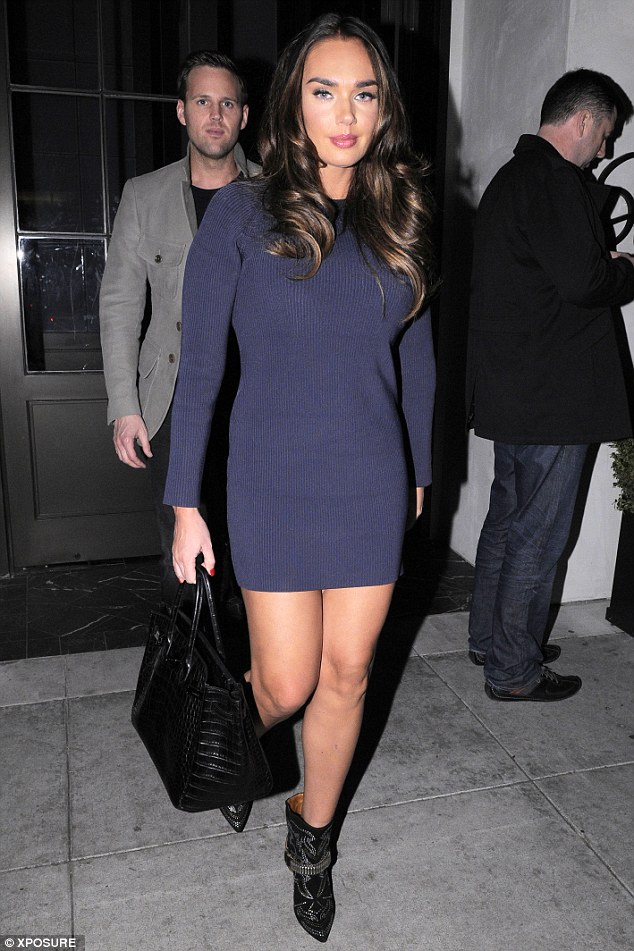 Travel buddies: Tamara and Scott both flew over to Los Angeles from London together to attend meetings

She opted for a short blue dress with long sleeves and a high neck, it’s short length highlighted her toned, brown legs.

And of course she carried a Hermes Birkin bag, of which she owns approximately twenty.

Sorry we are unable to accept comments for legal reasons.