A senior Met Police detective has been convicted of trying to sell information on the phone-hacking probe to the tabloid at the centre of the scandal.

Det Ch Insp April Casburn, 53, from Essex, called the News of the World after the investigation into hacking by the newspaper reopened in 2010.

The counter-terrorism officer was found guilty of misconduct in public office.

Her case was the first prosecution under Operation Elveden, the probe into payments by journalists to officials.

The Sunday tabloid was closed down in 2011 amid outrage over its hacking into the voicemails.

Casburn has been released on bail ahead of sentencing at Southwark Crown Court.

The judge, Mr Justice Fulford, was told she is currently in the process of adopting a three-year-old child.

He said: “A real possibility is an immediate custodial sentence, but I’m obviously going to have to consider very carefully the issues that we’ve ventilated this afternoon and any other mitigation.”

Speaking outside court, Det Ch Supt Gordon Briggs said it is “totally unacceptable from a serving police officer to leak confidential information about a live police investigation to journalists for private gain.

In a statement, the Metropolitan Police said: “There may be occasions when putting certain information into the public domain – so-called whistle-blowing – can be justified. This was not one of them…

“Fortunately this type of behaviour is rare but we hope today’s verdict shows the public can have confidence that the MPS holds itself to account.”

The trial heard that in September 2010 Casburn contacted the News of the World, days after Scotland Yard reopened its inquiry.

The newspaper did not print a story after the call and no money changed hands.

But prosecutor Mark Bryant-Heron said Casburn was guilty of a “gross breach” of public trust and had “sought to undermine a highly sensitive and high-profile investigation”. 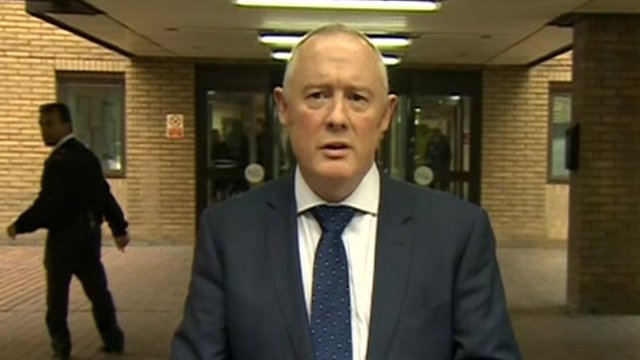 The charge related to when Casburn, from Hatfield Peverel in Essex, was managing the national terrorist financial investigation unit.

Southwark Crown Court heard one of her team had been asked to carry out financial investigations as part of the Scotland Yard inquiry into phone hacking.

The detective, at the time the most senior female investigator in Scotland Yard’s counter terrorism command, denied asking for cash – and said she had contacted the newspaper out of the public interest.

Casburn told the jury she was angry that her superiors at Scotland Yard had decided to divert officers from counter terrorism.

The prosecution case hinged on the account of Tim Wood, the journalist who took Casburn’s call.

He emailed colleagues to say the officer had complained about political pressure on the Met from phone-hacking victim Lord Prescott and that “counter-terrorism assets” had been assigned to the new inquiry.

Apart from Casburn, 52 other people have been arrested under the Met’s Operation Elveden. It is running alongside Operation Weeting, into phone hacking and Operation Tuleta into allegations that computers were hacked to obtain private information.

Evidence in the trial was provided to police by News Corporation’s management standards committee, which was set up in the wake of the phone-hacking scandal at its News of the World newspaper, the Met Police said.