D’banj‘s interview on ‘The Juice‘ will premiere on YouTube this week but from the teaser, the DB Records boss has already got his many fans talking.

In the teaser released hours ago, D’banj briefly talks about his past relationship with actress Genevieve Nnaji when quizzed by presenter Toolz.

The entertainer incoherently explains that he hasn’t been in contact with Genny. When asked if there was any

thing going on between them, he responded: ‘well there’s no smoke without fire’.

D’banj and Genevieve have been linked severally, since the actress featured in his ‘Fall in love’ video where they shared a kiss, in 2010. Things got heated up when D’banj flew to the Uk to attend Genny’s 32nd birthday party… 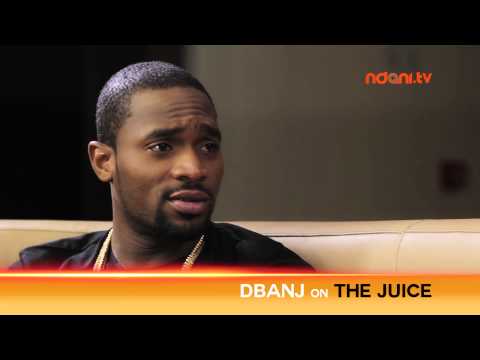