Wayne earns millions every year but it seems the Rooneys are not a family that let things go to waste.

Coleen,26, was seen leaving lunch with armfuls of leftovers wrapped in tin foil, while her husband took charge of Kai.

The family had enjoyed Sunday lunch at Amber Wine Bar and Bistro in Liverpool and it appears the family may have over-ordered from the menu or someone had a case of the hungover munchies. 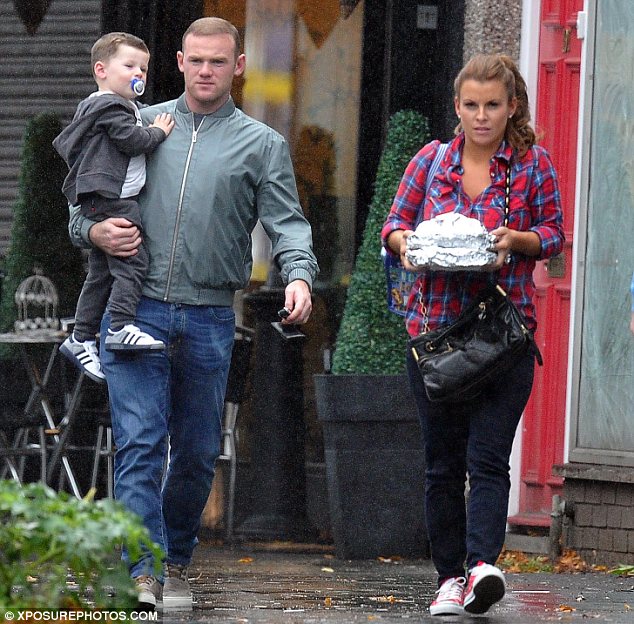 Saving some for later: Coleen Rooney was seen carrying trays of leftovers after enjoying lunch at a restaurant in Liverpool

Coleen may well have been a little worse for wear after
attending the Crème De La Crème Ball in Cheshire last night with a
bunch of her WAG friends.

The Littlewoods designer, who
enjoyed a dress down day wearing a pair of jeans, a red and blue checked
lumberjack shirt and a pair of red converse trainers. 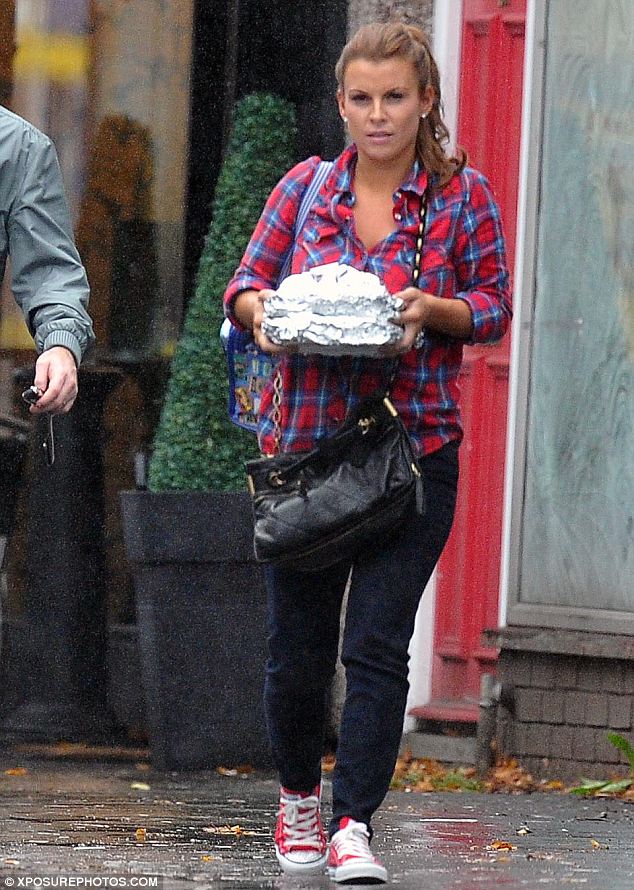 Dressed down day: The mother-of-one opted for a casual outfit in a pair of jeans and a checked shirt

She had her glossy locks pulled back into a pony tail and wore a black handbag slung across her torso.

Wayne was also sporting a casual look in a pair of jeans and a sports jacket.

The Manchester United footballer recently spoke out about his pre-match rituals and his religion. 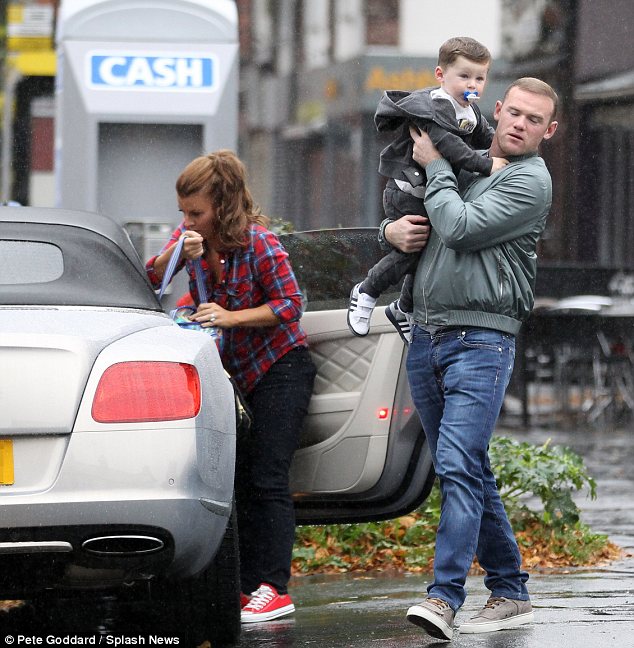 Food first: While Coleen ensured the food was safely in the car Wayne took care of Kai

Daddy duty: Wayne, who had recently revealed he prays for his family before every match, has quite the mini-me in Kai

‘I pray to God, of course. I believe in God,’ the father-of-one told presenter Richard Keys on talkSPORT Radio.

‘I pray in the physio room. I go in after my warm-up. I basically spend a few minutes in there on my own.

‘I don’t pray to help me score goals. I pray for the health of me and everyone on the pitch.

‘It is something I have always done. I pray at night.

‘I pray for my family and friends and for the health of everyone I love,’ he added.

Read the original:
Coleen Rooney carries trays of leftovers as she leaves lunch with Wayne and Kai day after a big night out