Johnny Depp: Inside His Single Life 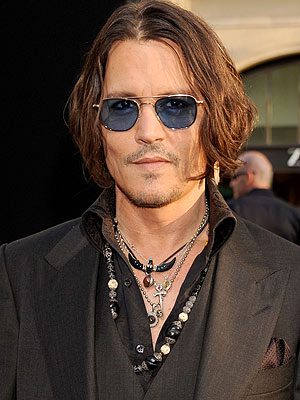 He just announced his split from longtime love Vanessa Paradis, but Johnny Depp has been maintaining a bachelor’s lifestyle for a while.

Since the actor, 49, and Paradis, 39, began leading separate lives more than a year ago – both reside primarily in L.A. but haven’t necessarily stayed under the same roof for some time – Depp has been regularly partying with rocker Marilyn Manson, spending late nights at the singer’s Hollywood-area home and even jamming on guitar at an April Manson concert.

Depp has also been busy with work, shooting Disney’s mega-budget The Lone Ranger in Albuquerque, N.M., and Creede, Colo. But he’s shown little interest in socializing off-set: When he’s not filming, Depp routinely commutes back to L.A. by private plane, sometimes several times a week. The couple’s children, Lily-Rose, 13, and Jack, 9, are enrolled in school in Los Angeles.

As the 14-year relationship between Depp and Paradis began to crumble publicly – the embattled couple had not appeared together on a red carpet for two years – rumors swirled linking the actor to various other women. Among them: model-actress Amber Heard, who appeared with Depp in 2011’s The Rum Diary and was was spotted boarding a private plane with Depp to Las Vegas earlier this year. But Heard, who has said she’s bisexual, also brought along her longtime girlfriend, artist Tasya van Ree.

Tabloid reports also linked Depp to his Dark Shadows costar Eva Green, as well as to his longtime publicist Robin Baum, who was a fixture during his globetrotting promotional duties for Dark Shadows.

Depp’s reps have not commented.

The actor is expected to continue shooting The Lone Ranger through August.

A glum-looking Paradis, who promoted her film Je Me Suis Fait Tout Petit at the Cabourg Festival of Romantic Cinema, touched down in her native Paris on June 14.

“She looked tired,” says an observer. “She just didn’t look well or happy.”

• With reporting by PETER MIKELBANK