Former X Factor star Marcus Collins and ex TOWIE star Maria Fowler became embroiled in a huge Twitter row last night after getting into a heated argument at a launch party in Liverpool.

It all began when Marcus, 23, accused Maria of being racist after the two met at the launch of Desperate Scousewives’ Amanda Harrington, and
Gill and Debbie O’Toole’s online store.

And things took a turn for the worse after Maria, 25, asked Marcus for
a picture with him and the singer reacted ‘rudely’ to the request. 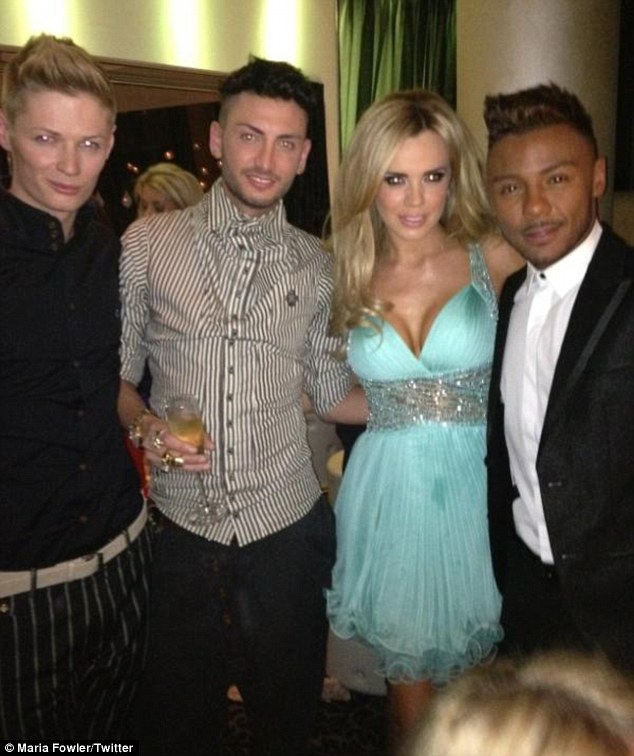 The instigator: Maria Fowler and Marcus Collins entered a Twitter war after taking this picture together, last night, in Liverpool

His attitude prompted her to tweet
about the meeting and she said: ‘Drink down my dress. Marcus Collins who
said he felt like he was workin when I asked for a pic #Bigtime’.

She
then wrote: ‘Ooh Marcus asked why I called him bigtime (because he is) I
said coz u were rude so he called me fake n spat in my hair #ouch #big
time’.

The war of words continued
across the very public social network with both personalities racing to
post abusive messages about the other one first.

Aquamarine: Maria looked stunning in her Forever Unique dress, which she paired with nude heels

After Maria had posted the problematic picture, Marcus retweeted it and made a sly dig at Miss Fowler’s appearance.

He said: ‘Does anyone know who this girl is? Whoever she is she is very Very rude and needs to calm down #whythelongface’.

The pair then continued to hit
out at each other via the internet while standing in the same room for
the entire virtual altercation. 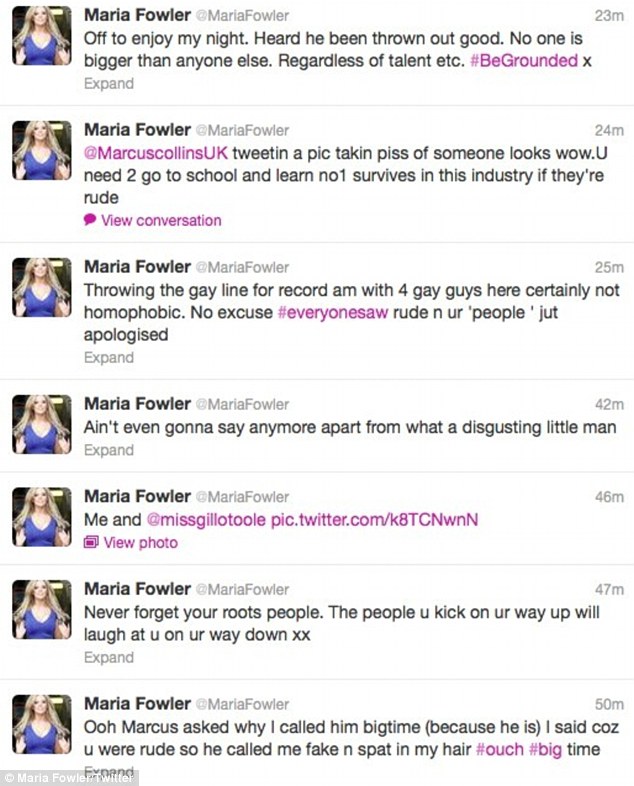 The beginning: Maria began to tweet about her meeting with Marcus and he in turn replied with some nasty messages 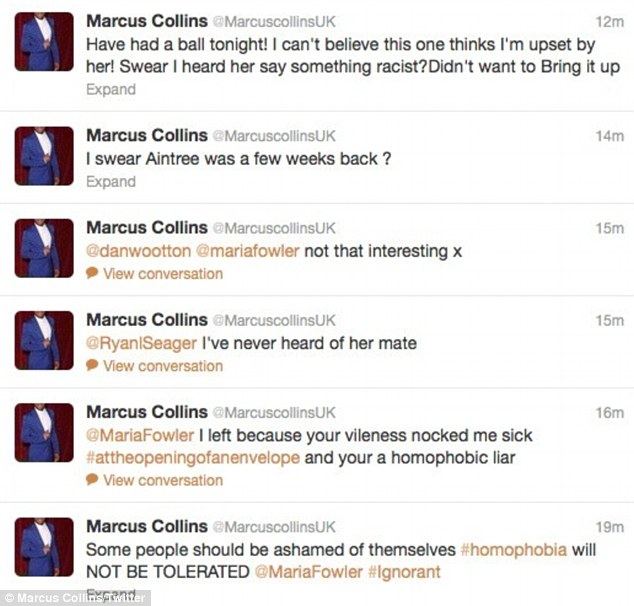 Bad words: The former X Factor star made some strong allegations about things Maria had reportedly said to him

However,
things turned serious when Maria said Marcus had spat in her hair and
he in turn accused her of being a homophobe and a racist.

He
said: ‘called “a f****** queer c***” by @MariaFowler, not standing for
homophobic abuse by anyone it’s unnessasry and I never spat in anyone’s
hair.’

He added: ‘Some people should be ashamed of themselves #homophobia will NOT BE TOLERATED @MariaFowler #Ignorant.’

Maria refused to stand down and
continued to tweet from the event, which she had attended with four male
friends she claimed were gay.

Calling it a night: Maria alleged that Marcus had been ‘thrown out’ of the nightclub following the row 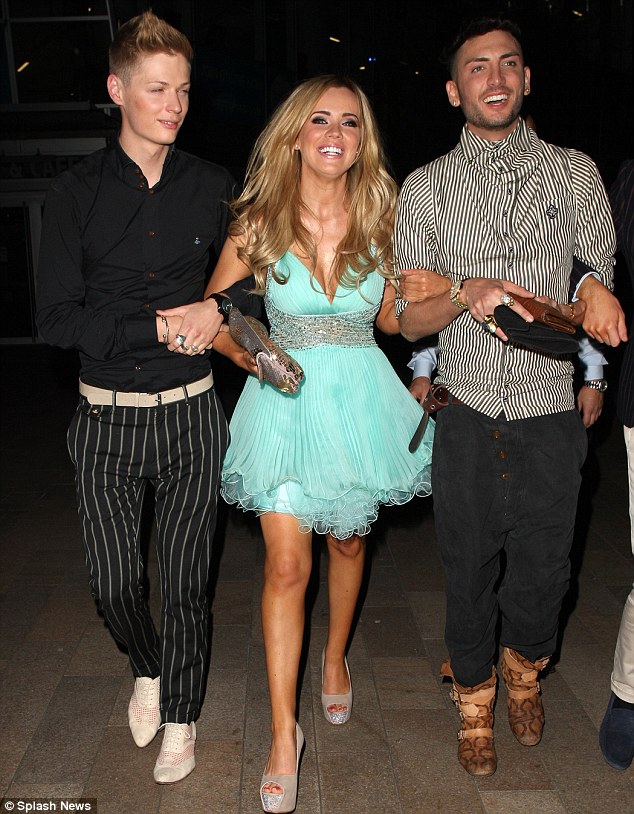 Heading home: Maria left on the arms of two of her gay friends after the eventful evening out

She said: ‘Throwing the gay line for
record am with 4 gay guys here certainly not homophobic. No excuse
#everyonesaw rude n ur ‘people ‘ jut apologised.’

She
signed off: ‘Off to enjoy my night. Heard he been thrown out good. No
one is bigger than anyone else. Regardless of talent etc. #BeGrounded
x’.

The Seven Nation Army
singer replied: ‘@MariaFowler I left because your vileness nocked me
sick #attheopeningofanenvelope and your a homophobic liar.’ 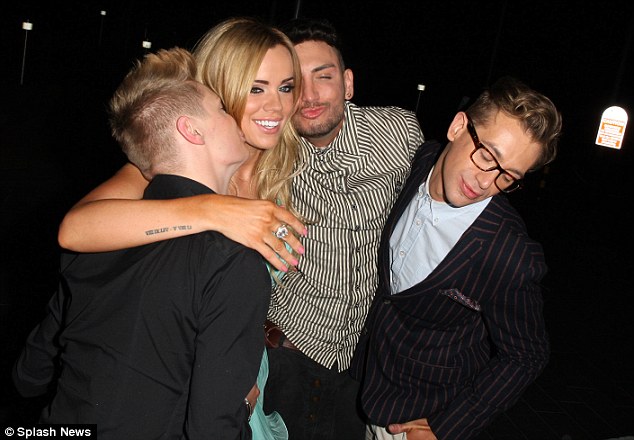 Bleary-eyed surprise: Maria looked slightly worse for wear as she left the event

Careful! Maria angled herself as modestly as possible as she got into the waiting cab 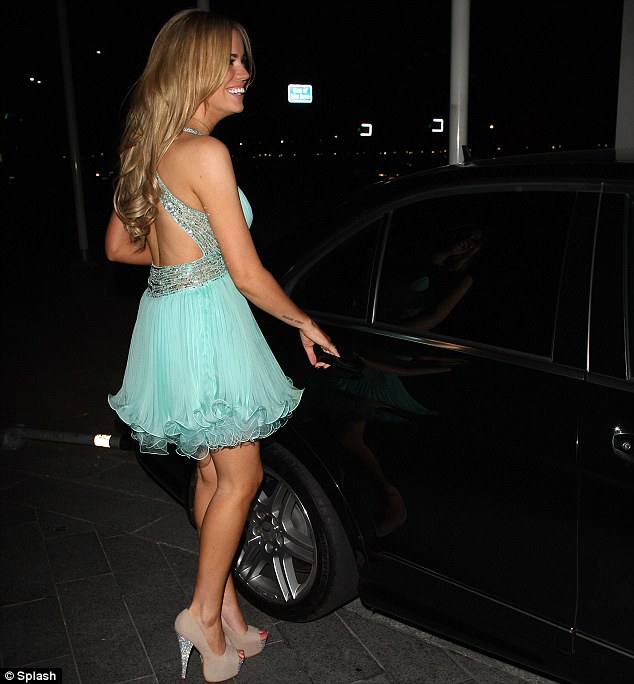 What’s so funny? Despite a difficult night, Maria looked in good spirits as she called it a night

A clearly annoyed Fowler then
threatened to take legal action against Collins and she wrote: ‘call me
racist I will sue you for defamation’.

Maria may be a fading star in the reality TV world, but her predictions of the future appear to be accurate. 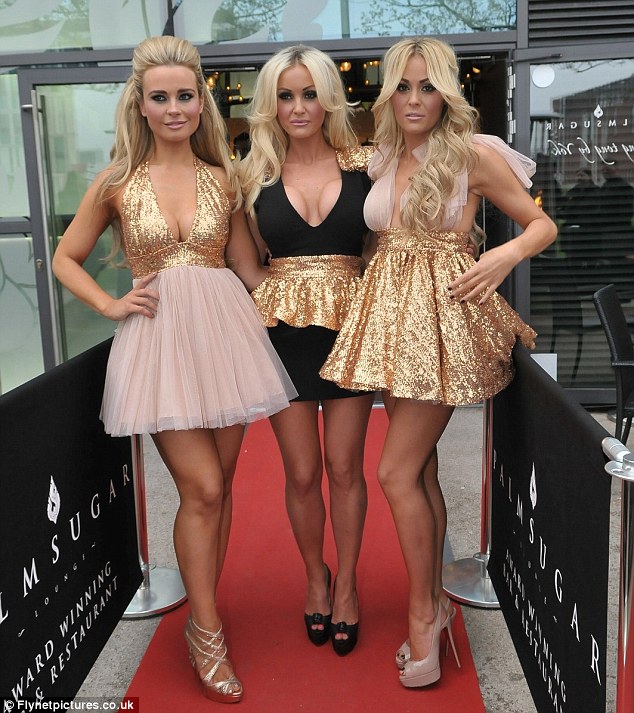 She
told Marcus: ‘@MarcuscollinsUK looool ok I’m ignorant. Go to sleep. I
think your a bit drunk. In the morning u will wake. Cringe And delete ur
tweets.’

Within two hours of the argument starting Mr Collins had indeed deleted a number of his earlier posts. 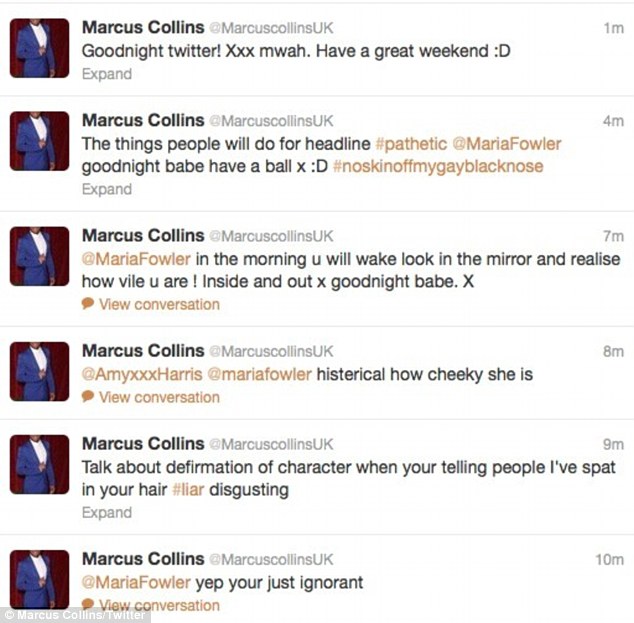 Getting heated: The argument continued long into the night, with Marcus accusing Maria of defamation of character

While many followers jumped to Maria’s
defence, she continued to embarrass the singer in response to some of
his now deleted tweets.

She said: ‘@MarcuscollinsUK babe if I
wanted a headline I wouldn’t use an xfactor reject. Think I get more
headlines than u anyway #oops #sorry #block.’

She
added: ‘Please don’t say I’m Using u for headlines If ur not on the
paper on a weekly/daily basis, #YourNotDrake
#EvenZListMeGetsMorePressThanYou.’

Speaking outside the club following the evening, Maria said: ‘He was having a go and asked me why I was abusing him. And I said you’re gay but I don’t abuse you for that, that’s who you are.

‘And then he spat in my hair. I get on better with gay boys than I do with girls and I’m not racist.’

Party girl: Maria Fowler headed to get her hair and make-up done in Wilmslow, Cheshire, ahead of the launch 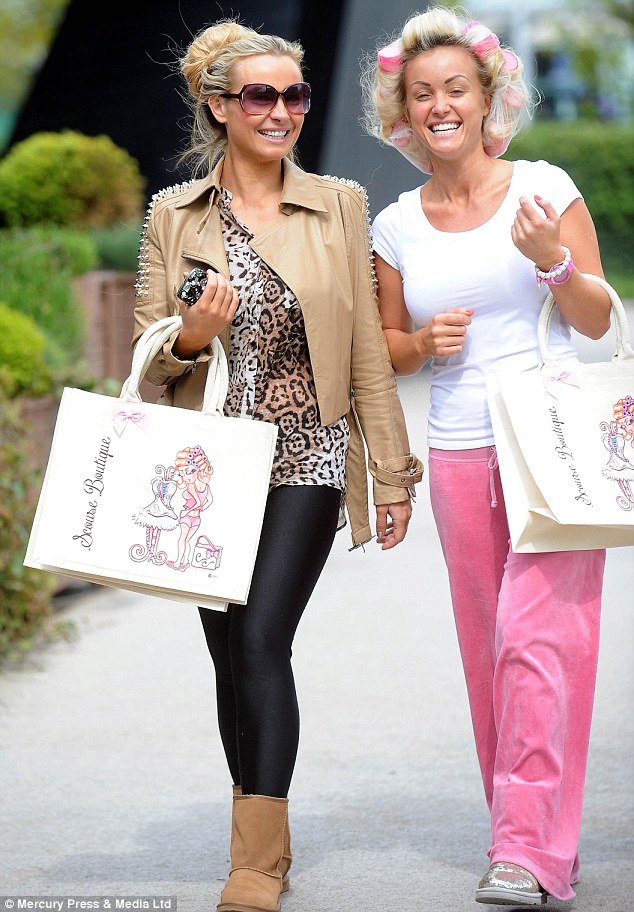 Preparations: Earlier in the day Amanda and Gill were seen arriving to get ready for the occasion

Read More:
Maria Fowler threatens to sue Marcus Collins after he calls her ‘racist and homophobic’