They’re currently the hottest boy band in the world, so it’s no surprise that One Direction’s fans are a little over-protective.

Hardcore followers of the five singers were left angry and upset when they discovered that the British stars had been showing interest in a female Down Under.

Following an appearance on Sydney’s Nova radio station, one fifth of the band Zayn Malik is said to have asked Anna Crotti out on a date, but before she could even say yes, she was targeted by the group’s fans.

Wasn’t meant to be: Anna Crotti (L) is said to have received hate mail from hardcore One Direction fans after Zayn Malik asked her out on a date 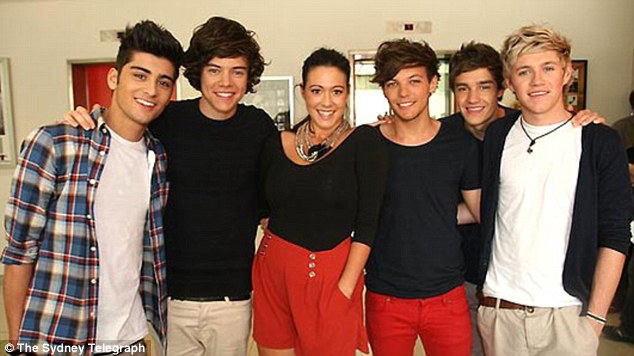 Smitten: The boyband met the wannabe model when they arrived at Sydney’s Nova radio station for an interview

According to the Daily Star, the 20-year-old receptionist – who met the boys when they turned up for the interview – was bombarded with nasty messages via Facebook.

‘By the end of the day it got a bit too scary,’ Anna revealed. ‘Girls were calling the radio station and giving me s**t.

‘Mothers even called me in tears demanding to know if I knew where One Direction were. I didn’t even want to walk home. It was so intense.’

The band’s fans became aware of Anna after Zayn and his band mate Harry Styles gushed about her while being interviewed. 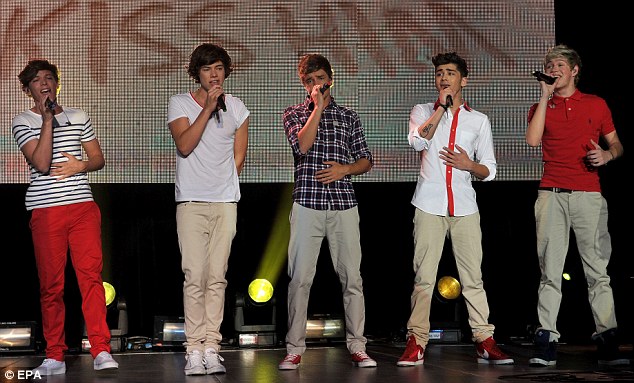 Enjoying life Down Under: The group performed their first Australian concert in Sydney on Friday

When asked what he would most like to do in Australia, Harry mouthed ‘Anna,’ and added: ‘She’s lovely. She’s got beautiful eyes and lovely manners.’

Zayn, 19, was also keen on the wannabe model and ended up getting her number to ask her out on a date.

‘A security man came up to me,’ Anna explained. ‘I thought I was in trouble but he said: “The lads want your number.”

‘I got a text later saying hello. I asked who it was and it was Zayn.’ 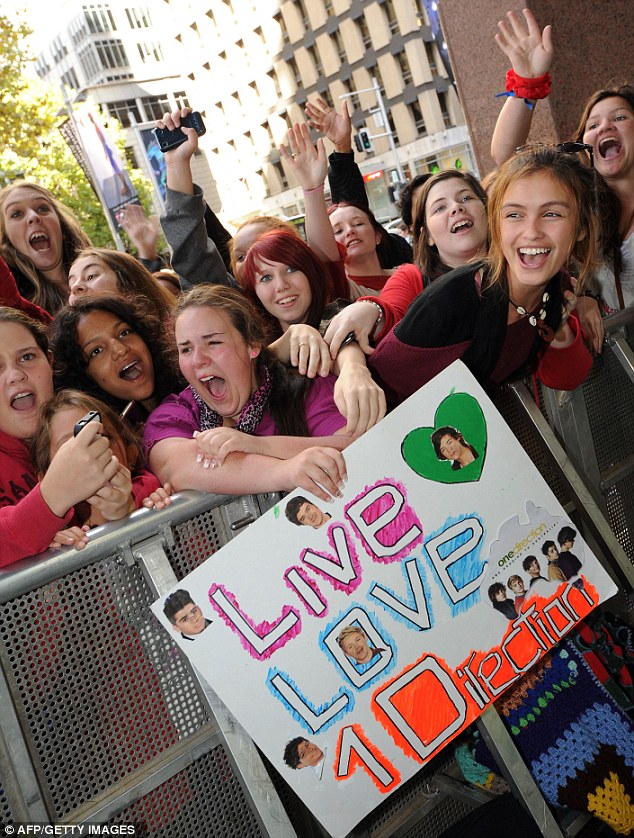 Hardcore: The band’s fans have been following the boys everywhere since they arrived in Australia

The pair were in communication with each other throughout the day and had even arranged to go for a drink, but the hate mail soon put Anna off.

One Facebook message read: ‘Why would they choose you?’ while others were much more ‘sinister’ according to the newspaper.

This resulted in Anna messaging Zayn and saying that it probably wasn’t a good idea for them to meet up. 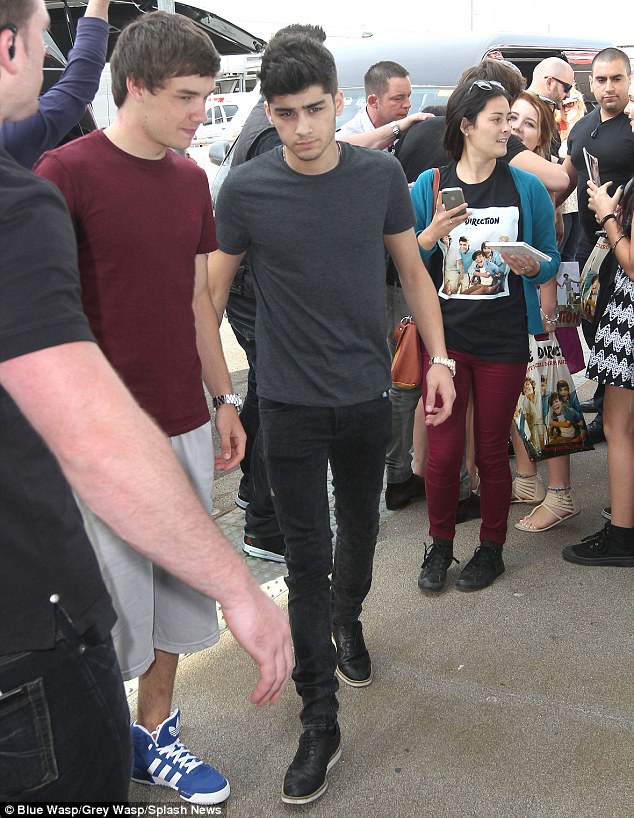 Why so sad? Perhaps Zayn was feeling a little down after Anna refused to go for a drink with him

The brunette – who has been in a relationship for two years – added: ‘I know it’s just typical teenage girl stuff but I don’t understand it.’

And it seems Anna has definitely missed her chance as the band were spotted leaving Sydney today.

The boys were yet again greeted by hoards of fans, but looked glum as they exited their vehicle.

The five singers are currently on a mini tour of Australia following time spent in the U.S. 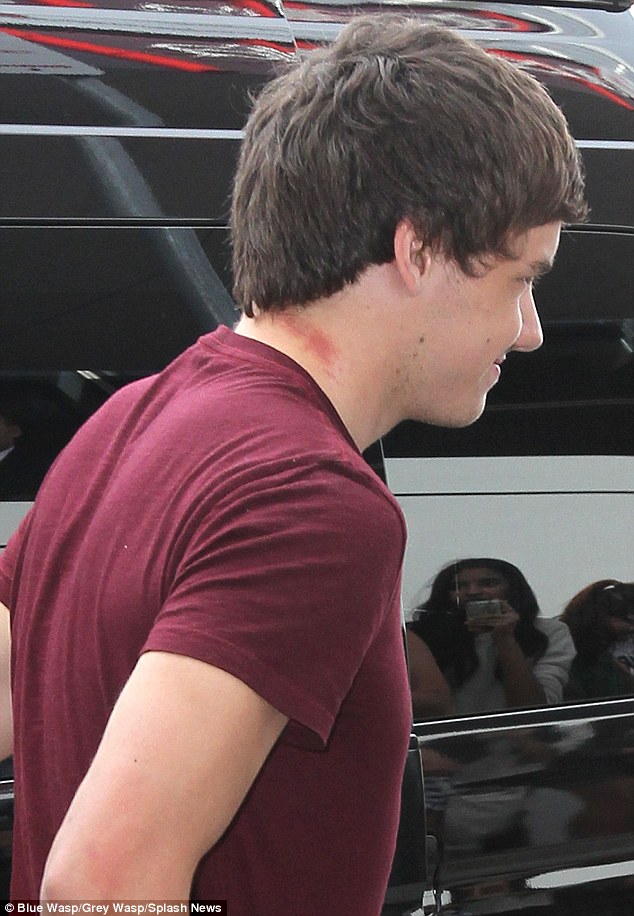 That’s gotta hurt! Liam Payne was sporting a painful-looking rash on his neck as he arrived at the airport

More here:
One Direction fans bully Australian woman Anna Crotti out of a date with Zayn Malik via Facebook