Judge to Danielle Staub — No One Can MAKE You Strip!

Judge to Danielle Staub: No One Can MAKE You Strip 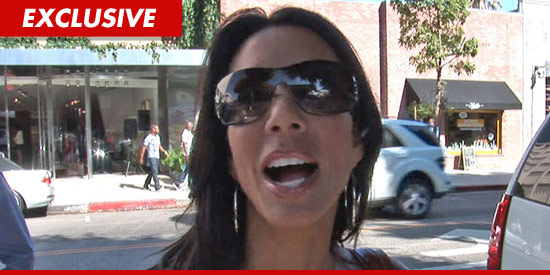 Danielle Staub can keep her pants on … for now … ’cause the former “Real Housewives” villain just won a nasty legal fight with one of the biggest strip clubs in the country.

TMZ has learned … a federal judge in NY just ruled that Scores New York failed to show why Staub had a legal obligation to continue working for the gentlemen’s club after taking a $25k payment to perform in a stripper video in 2010.

As we previously reported, Scores sued Staub for $375k … claiming she failed to make a series of appearances at the club and on the Scores website … after accepting the initial payment.

But in the court ruling, obtained by TMZ, the judge claimed Scores drew up a “vague” contract … and never clearly specified Staub’s obligations to the club.

The judge officially dismissed the lawsuit Wednesday — but the war may not be over … ’cause Scores can bring the fight back to the court if new information comes to light.

In the meantime, if you REALLY wanna see Staub get naked … there’s always her sex tape — if you’re into bagels, broccoli and onions.

See more here:
Judge to Danielle Staub — No One Can MAKE You Strip!