He was recently involved in a near-fatal bar brawl this week that wouldn’t be out of place in a one of his own action movies.

Now the first picture of Jeremy Renner in the latest film in the Bourne series, Bourne Legacy, has been released.

Danger: The Mission Impossible star was recently involved in a brawl in Thailand where he is filming

The image shows the actor – who has
replaced Matt Damon as Jason Bourne – in a dark scene staring intently
and inquisitive as he appears to be investigating a mysterious property.

Wearing a tight T-shirt and leather
jacket, the 40-year-old is reminiscent of Damon, 41, as he played the
character in the Bourne Identity, Bourne Supremacy and Bourne Ultimatum.

In the film to be released in the United
States on August 3, Renner plays the lead character who lives under
different aliases.

Director Tony Gilroy explained Mania.com: ‘This is not a reboot or a recast or a prequel. No one’s replacing Matt Damon. There will be a whole new hero, a whole new chapter…this is a stand-alone project. The easiest way to think of it is an expansion or a reveal… Jason Bourne will not be in this film, but he’s very much alive. What happened in the first three films is the trigger for what happens. I’m building a legend and an environment and a wider conspiracy… the world we’re making enhances and advances and invites Jason Bourne’s return [down the road].’

The actor – who appears alongside Rachel
Weisz, Edward Norton, Albert Finney and Joan Allen amongst others –
revealed details of his role last November to Empire magazine.

‘My character is called Aaron Cross, but he ends up having a bunch of different names. For fans of the franchise, [‘The Bourne Legacy’] has that same ticking clock, but it’s a new program and new characters.

‘It’s the same tempo and pace but more expansive and bigger. The differences are pretty vast but you’ll know it’s a ‘Bourne’ movie.”

Jeremy, who appeared in The Hurt Locker, has several movies coming up with The Avengers and Hansel and Gretel: Witch Hunters set for release this year.

He is still filming Bourne Legacy in Thailand and was attacked in an early-morning bust up in Phuket Town.

One of the men in Jeremy’s party, Vorasit Issar – the general manager of the luxurious Sri Panwa Resort – was seriously wounded after getting slashed in the neck with a rotor axe.

Vorasit was also stabbed in the stomach with a knife, according to TMZ. 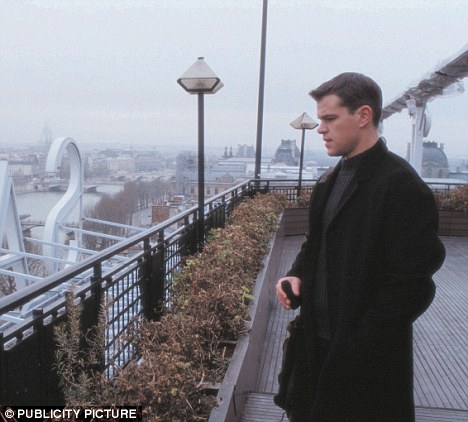