Tunisia name key players for CAN 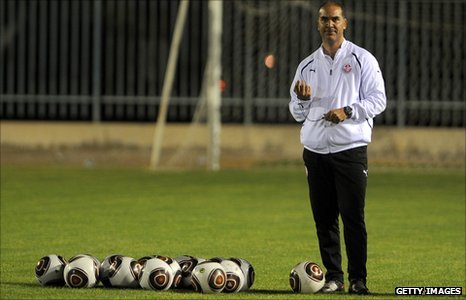 Tunisia have included their key players in their 26-man preliminary 2012 Africa Cup of Nations squad.

The trio of Karim Haggui, Sami Allagui and Ammar Jemal were included despite missing last week’s camp in Spain.

Houcine Ragued, Jamel Saihi and Saber Khelifa, who also missed the training camp in Spain, were named in the squad.

Goalkeeper Ben Mustafa Farouk and home-based strikers Hatem Bejaoui and Lamjed Chehoudi, who were part of the squad in Spain, were dropped.

Three players will be dropped next week before the final 23-man squad for the tournament in Gabon and Equatorial Guinea.

Tunisia will play Sudan in a friendly on 9 January before playing Ivory Coast four days later.

The Carthage Eagles, who beat the Basque Country 2-0 in a friendly on Wednesday, won the African Cup in 2004.

The 2012 African Cup will be played from 21 January to 12 February in Equatorial Guinea and Gabon.

Tunisia kick off their campaign against the Atlas Lions of Morocco in Libreville on 23 January, before playing Niger in the Gabonese capital on 27 January.

They then travel to Franceville to play the co-hosts in their final group game on 31 January.