By Jonathan Pearce
BBC Match of the Day commentator 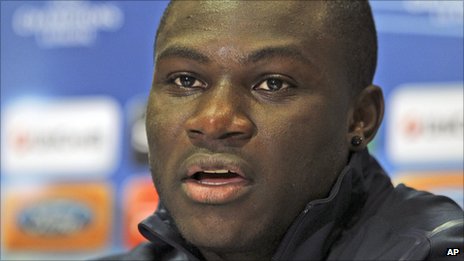 Wolves striker Steven Fletcher is fit despite taking a knock in Saturday’s draw at Bolton.

New signings Eggert Jonsson and Emmanuel Frimpong are available, but Ronald Zubar is doubtful with a knee injury and Nenad Milijas is suspended.

Chelsea manager Andre Villas-Boas is likely to rotate his squad, so Frank Lampard and Fernando Torres will hope for recalls.

A year ago this week Chelsea went to Molineux having picked up a paltry five points from four December games, and a tigerish, spirited Wolves beat them 1-0. It was the lowest point of Chelsea’s campaign, and Carlo Ancelotti talked only of his team having a “bad moment”. He had no cure. It cost him his job.

A year on, Chelsea return, boasting just three points from their last four games. A team said to be “in transition” is becoming a team in decline. But Andre Villas-Boas will only find the cure if he is given time.

Over a period of 18 months there needs to be a wholesale clear-out of ageing players or squad members who have lost their way at a club that lives under the yoke of Roman Abramovich’s ambitions. New signings will be made. The old guard (as many as 10 players) must gradually go.

The owner must realise the need for evolution – not Russian revolution. But the current squad are finished in this season’s title race, are struggling to hold down a top-four place and could be on the end of another Molineux mauling.

It’s not fashionable to support John Terry at the moment. But after struggling with the ill-suited defensive high-line tactics favoured by Andre Villas-Boas, he’s actually held things together of late. Juan Mata and Daniel Sturridge are virtually the only other players who’ve performed well.

Top players don’t become bad ones overnight but the danger signs are flashing for too many Chelsea squad members and Wolves will go for the throat if they sense any weakness. Three draws on the spin have steadied Mick McCarthy’s side but they could do with a repeat of last January’s famous win. It infused confidence throughout the club. It was the start of the road to safety.

McCarthy has enough spiky, fiery characters to ensure a tough afternoon for Chelsea. This is the sort of game made for Chelsea’s old pantomime villain Stephen Hunt. Under Villas-Boas it could get worse before it gets better, but he must be given at least 18 months to rebuild.