The aviation industry in 2011

Nigeria aviation industry in 2011 witnessed a relatively safe year with no accident involving programmed, regular flights. There were very few cases of private flights involved in air mishap, like the Beech-craft C90 with registration number N364UZ that crashed in Kaduna killing its two occupants.

One of the major events that took place in the aviation industry was the appointment of Princes Stella Oduah as the Minister of Aviation on 4th of July to replace Mrs Fidelia Njeze. Her major feat in the year under review is the disengagement of the three serving chief executive officers in the sector.

Mr. George Uriesi was announced as the new MD of FAAN, Engr. Nnamdi Udoh was placed in NAMA while Capt. Chinyere Kalu became the NCAT Rector. In the Accident Investigation Bureau, Engr. Shuaib replaced Dr. Sam Oduselu who was removed early December by the minister after the approval of the President.

The Federal Government announced the remodelling of major airports in the country in 2011.The Aviation Minister, Princess Oduah said at a press conference to mark preparations for President Goodluck Jonathan’s 100 days in office in August that the ministry would remodel 11 airports in the country by December and provide functional navigational aids, meteorological instruments and improved security. 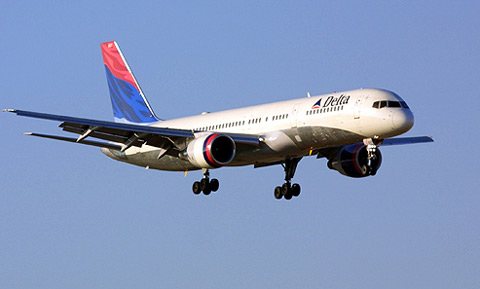 He, however, noted that most of the airports cannot wait for two to three years before new terminal buildings would be erected, stressing that the strategy now was to do some renovations and major repairs at most of the airports. He said N19 billion has been approved for this exercise. So far, the government has commenced work on the upgrading of the Abuja and Lagos airports out of the 12 airports to be upgraded.

There was a scare in the aviation industry in 2011 when there was an allegation that an oil company has been importing dual purpose kerosene (DPK) at N40.90 per litre and selling it as Aviation Fuel to airlines at N152 per litre. This could have led to air crashes.

But the Director-General of Nigerian Civil Aviation Authority, Dr Harold Demuren however, advised air travelers not to exercise any fear on safety over the allegation of the supply of adulterated fuel as aviation fuel to airlines. He gave the assurance that, “the Authority is investigating as we have in place stringent measures which fuel marketers must comply with, to supply Jet-A1. We want to assure that safety is not compromised in any way.”

He said this was because there were international standards and recommended practices in the supply and usage of quality Jet-A1 in addition to external diagnosis by bodies such as the International Air Transport Association (IATA).

The year also saw the re-opening of Bebi Airstrip, Obudu in Cross River State by the Nigerian Civil Aviation Authority. It will be recalled that a chartered plane crashed on approaching the strip ,killing all the occupants. The equipment procured by the Cross River State Government for the upgrading of the airstrip to an internationally acceptable standard have arrived in the country.

According to Dr. Demuren, all flights at the airstrip are to be conducted under Visual Flight Rule (VFR) condition with Global Positioning System (GPS) as an additional aid for navigation due to the peculiar mountainous nature of the area and restricted to daylight operations only, from sunrise to sunset.

The permissible aircraft for the airstrip are Dash8-300, ATR 42, Dornier 328(Turbo Prop) and other propeller engine aircraft of MTOW 20.0 MT and below.

There was a major aviation row between Nigeria and Britain, when two British carriers, British Airways and Virgin Atlantic, were accused of malpractice over landing slots and tickets prices. Dr Harold Demuren, Director-General of Nigeria Civil Aviation Authority (NCAA) said: “We are charging British Airways $135 million and Virgin Atlantic $100 million for abuse of a dominant position, fixing prices, abusing fuel surcharges and taking advantage of passengers. We have been investigating for the last six months. Lagos to London has the highest route yield in the world. Our market is open for exploration, not exploitation.”

British Airways rejected the NCAA allegations and said it was “vigorously defending our position.” After flexing of legal muscles, a deal appears to have been struck by the parties involved.

There is concession crisis brewing in the aviation industry that might roll over to 2012. The Aviation Minister announced that the Federal Government is considering floating a new national carrier to replace the defunct Nigeria Airways. There has been uproar by the private airlines operators. Members of Airline Operators of Nigeria (AON) are spoiling  for ‘war’ over the minister’s plan to re-float a national carrier eight years after the liquidation of Nigeria Airways.

The association is planning to forward its protest to the National Assembly. They contend that the planned floating of a national carrier would rubbish their heavy investment in the air transport industry unless the government was prepared to compensate them by paying back the heavy capital they invested.

It has been a good year for the aviation industry in Nigeria. This may be the result of putting professionals to man the agencies and parastatals in the industry.

Read More:
The aviation industry in 2011