By BENJAMIN NJOKU
Uche Elendu, a top Vivian actress shocked many people when she opted to marry her United Arab Emirates-based  fan. Today, against all odds, she’s not only a proud mother of a beautiful baby girl, the actress will be walking down the aisle with her man on January 7, 2012.  She speaks about her upcoming wedding and where she intends to observe her honeymoon with her man.

Owerri is cool, everybody is fine here, and we are enjoying the Xmas season.

We learnt that your white wedding is coming up on the 7th of January. 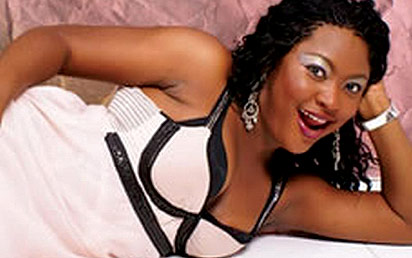 Yes, I’m preparing for my white wedding which comes up, as you rightly said on the 7th of January, 2012. My man is in town. All is set for the wedding and I ‘m believing God that the wedding will be a  success. This is the happiest moment in my life .

And you have done your shopping already?

Yes, I did my shopping early this month in the UK.

Who is your Chief bridesmaid?

Queen Okoye, of course. And I have other Nollywood stars in my bridal train: Chika Ike, Empress Njamah, Solomon, Chidi Mokeme and a host of others.

As a new bride, how are you feeling presently?

It’s something that I expected, and I’m not surprised either. I’m happy about it. I thank God for everything. It is the best thing that has ever happened to me as an actress.

Do you have any cause to regret your decision in life?

Not at all. I don’t do a thing that I will later regret. I look before I leap. I’m a very careful person.

You are not doing much in the area of acting again. What’s happening to career?

I shot my last movie last month in Abuja. But right now, I want to concentrate on my wedding preparations after which I will be fully back in the business.

Have you chosen a place or the country where you want to observe your honeymoon?

Yes, the country is Cayman Islands, in the United States of America. We will be taking off  immediately after our wedding on January 7.

What’s your advice to your colleagues who are still single?

They should be patient and prayful.

How has it been working in Owerri? 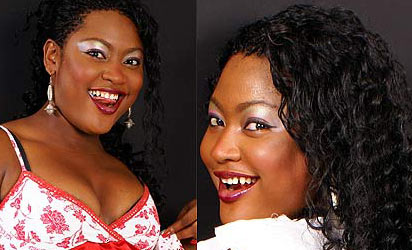 There is nothing special about it. Where I live is not a problem to me when it comes to my work. I am a versatile actress, I can go to anywhere to shoot a movie, and later return to my base. I have no problem working from Owerri.

We learnt you married your fan

That’s the way God designed it for us. My husband was not the only fan I had at the time I met him. I used to have a lot of fans but I believe he was the only one that was meant for me. I’m convinced he was although it was not really easy for him to win me over initially.

I think we were meant for each other. God designed my husband for me. That’s why our marriage worked. I usually get calls from my fans, and each time I receive calls, I try to appreciate them, talk to them politely. But I don’t make them my friends.

In the case of my husband, he was very persistent. So, when the opportunity called for us to meet each other, we discovered it was going to be more than mere fan. There and then, we became friends and later got married. We already have a child together after our traditional marriage.