Gerrard to miss start of season 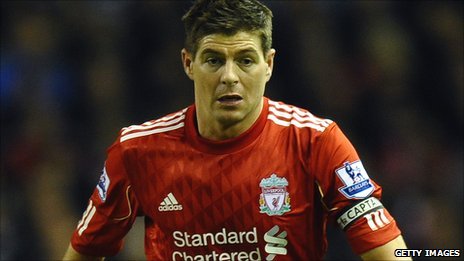 Liverpool captain Steven Gerrard is expected to be out until September because of a groin problem.

Gerrard, 31, began a course of antibiotic treatment for an infection on Saturday and is expected to remain in hospital for several days.

Groin surgery ended Gerrard’s season in March but he had expected to be back for the start of the new campaign.

The midfielder could also miss England’s two Euro 2012 qualifiers against Bulgaria and Wales.

Gerrard missed his side’s pre-season tour of Asia this month in order to try to regain full fitness for the start of the new season on 13 August, when Liverpool play Sunderland at Anfield.

He will also miss Premier League fixtures against Arsenal and Bolton, with the trip to Stoke on 10 September a likely target date for his return.

The England midfielder was already set to miss the international friendly with the Netherlands on 10 August but will now also be a doubt for the qualifiers away to Bulgaria on 2 September and at home to Wales four days later.

Gerrard has been plagued by the problem for several years now and it restricted his effectiveness in the last campaign, when he played only 21 of 38 Premier League matches.

FROM OTHER SPORT SITES

* May require registration or subscription